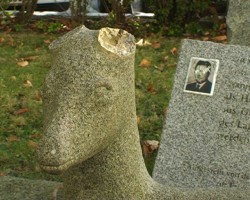 A bit of soil, a bridge destroyed
A beloved sky, some dried up branches

The angel of noon is so famished
he sleeps on his feet, his eyes are closed

Who among us is reaching out to him
The Angel of noon keeps silence.

The scene of the film is in the former concentration camp Mauthausen. Inside the memorial museum at Mauthausen an opening of a new exhibition is taking place. There are speeches, a buffet and wine. Outside the museum lies the abandoned camp. The spirit of the ‘angel of noon’ wanders through this darkness.

The poem The Angel of Noon, which was written by Jean Cayrol while he was imprisoned in Mauthausen, accompanies the film.

The film was shot in the former concentration camp of Mauthausen, in the memorial museum there and in the town of Mauthausen, during the openings of the exhibits: “Art in Mauthausen” and Herbert Friedls series of paintings “The Reality of the Traces of Suffering” in May and October of 2007.

The film analyzes the issue of memory and coming to terms with the crimes of National Socialism today.

May in Mauthausen poses the question of how to remember, how commemoration is possible. The images, which accompany the angel of noon on his meanderings through the camp, convey, more than his words can, the horror, which does not go away. 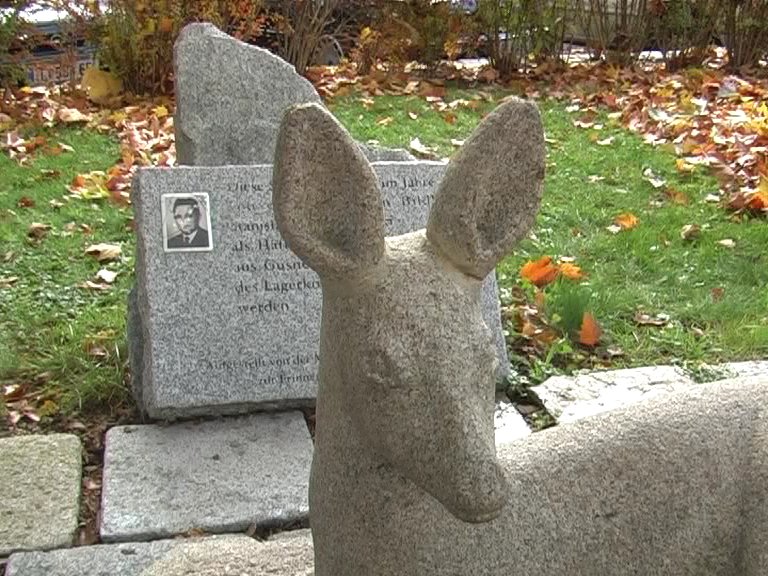