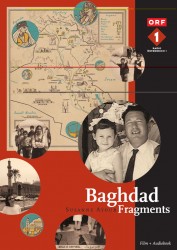 Shortly before the war began the writer Susanne Ayoub made a journey to Baghdad in order to find her family. It was her first encounter with the country where she was born since the day she left it as a six year old child with her mother.

Susanne Ayoub tells about five days of her journey with the international soliarity delegation and about forty years of a family, about love, separation and death. With her film project “Born in Baghdad” that she started in 2002, she failed. The film material shot without permission and under a lot of trouble stayed fragmentary.

March, 24th, 2002. Two journeys begin. I will accompany the Solidarity Delegation into Iraq. To visit Hospitals, Schools, Kindergardens. To report about a country after 12 years of UNO emgargo.

The second journey leads me to the past. I was six years old when my mother left Iraq with me. This is the first time that I am coming back. 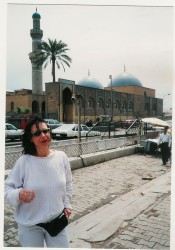 In the meantime the Iraq that she visited in 2002 has disappeared just like the land of her childhood. Four years later she finished a film which shows the fragments of what she wanted to film, the impossibility of showing it.

The past is the memory of a child.
The woman who returns is a stranger.
The journey’s destiny is a placed that does not exist. 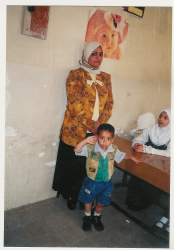 To a rough shaking video shots of my research in 2002 I added the poetic sequences of an old Super8 films made in the children days in Iraq.

Baghdad Fragment uses no off-voice to explain. You only find original sound and music, the songs of the Iraqi singer Juliette Manssour. Word is just in the pictures, as intermitting text.

The pictures of war are allday-present in TV. My film gives a different image of Iraq. The personal story gives the audience a chance to discover the people who live in this country.

Has man roots. Is there any voice of blood. What is home.

These questions lead out of the individual. They stand exemplarious for emigration and the search for identiy. 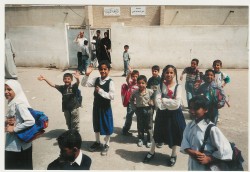 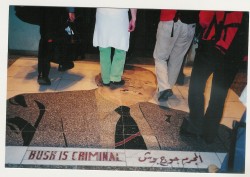 The longing I take with me.
It will remain.