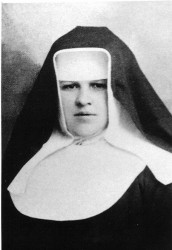 The day the nun lost her head – even under the murderous regime of the Nazis that was an unusual date.

The Bohemian nurse Helen Kafka, a feisty and sharp-tongued person, did not really fit the ideal image of a Franciscan nun. She enjoyed beer and goulash, liked to laugh, and did not let herself be intimidated by the brown authorities. A satirical poem about the “Nazi Pigs” was her downfall. Accused of high treason, Helene Kafka died on March 20, 1943, on the gallows in the death chamber of the Vienna regional court. In 1998 she was beatified as Maria Restituta.

The soil after a long winter. A shovel digs into it and turns it over. Again and again, while the sun slowly breaks through and makes the colors glow. A young woman is working in the convent garden. At her back she feels the gaze of the General Superior, the Reverend Mother. Go home, they say. We have more than enough of your kind.

Helene Kafka is her name. A working-class child. Newly arrived from Bohemia. Have-nots. She was a servant girl and a tobacconist. A temporary nurse in Lainz. She wants to stay at the Hartmann Convent. Even if her parents won’t allow her to. She does not give in. “Do you know what it means to serve God?” the General Superior asks.”Not only hard work, but obedience and humility too. Do you know how to obey?” “I obey God, my conscience,” Helene says. This is not the right answer. She must learn to keep quiet.

“Brother Laceshoe’s mind is not unsound. 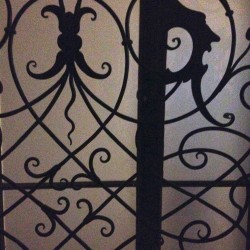 Look, he’s turning the rifles around.
The day of reckoning soon will be here.
Soldiers, recall your oath most dear.
Austria!“
(from the “Soldatenlied“ – “Soldiers’ Song”