A reading from “The Jewel Garden”

and the film
“Baghdad Fragments”

Shortly before the war breaks out, the author Susanne Ayoub travels to Baghdad to find her family. It is her first encounter with the country of her birth since she left Iraq as a six-year-old with her mother. 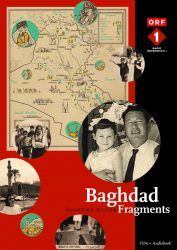 Susanne Ayoub tells about five days of a delegation trip and forty years of a family; about love, separation, and death. The film project “Born in Baghdad,” which she started in 2002, goes unfinished. The film footage, taken without permission to film and amid great difficulties, remained a fragment.

The Iraq she visited in 2002 has now disappeared just like the land of her childhood. Four years later, a film emerged from the project that engages the topic of the fragmentariness, the impossibility of her endeavor. 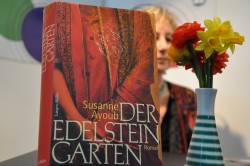 “Life consists of two parts. The past – a dream. The future – a wish.”

On Christmas Eve in 1955, the paths of Laura and Younis cross. From the bleak Vienna of the postwar era, Laura follows Younis to his home, Baghdad. The world of the Middle East, with its colors, fragrances and sounds, casts its spell over her. But what started out like a fairy tale soon develops into a nearly hopeless drama … Susanne Ayoub’s novel “The Jewel Garden” (Langen Müller 2016) was inspired by her parents’ moving life story and love story, which are interwoven with the political events in the Iraq of the 1960s.