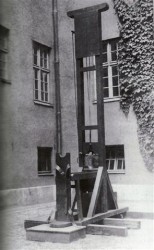 This audio drama tells a true crime story, quoting from original documents, court records, expert opinions, newspaper reports, and letters.
The names of the characters are fictitious, as is “Marie’s letter,” which frames and runs through the play. 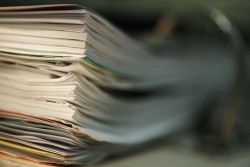 Presiding Judge
But you did meet again with Hauser in the meantime?

Marie
I said I fell down. But he didn’t believe me. My father was afraid he’d report us to the police.

Presiding Judge
So your father also knew about the abortion?

Marie
I’d told him that if I have to marry the law clerk, I’ll kill myself. My father wanted to help me. But then Hauser threatened to make the abortion public. I acquired a revolver, one that would make as little noise as possible.

Presiding Judge
How did you get a hold of the weapon? That’s no piece of cake.

Marie
The revolver had belonged to a man who committed suicide. My father, who was the mayor, had brought it home from the town hall and put it away in a case, which I took.

Presiding Judge
You did not kill yourself with it, but used money to silence your boyfriend.

Marie
Yes, he always needed money, and I always had enough to provide it again and again. That’s why I said yes when the law clerk asked me for my hand once again. But then I was sorry I’d done it.