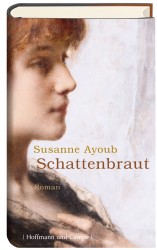 This novel focuses on two families: the glovemaker Julius Tallos and the affluent Jewish manufacturing family Sebestyen. The social ascent of the one family, accompanied by the expulsion and obliteration of the other. Guilt for which there is no statute of limitations, even after three quarters of a century.

Only when an unknown relative named Emilio turns up does Valerie learn that her mother Ona traveled as a five-year-old on a refugee ship to Havana, a childhood trauma from which she never recovered. Why no one ever talked about Valerie’s father and what befell Raoul when he returned to Vienna after the war to get his factory back from the Tallos family.

In the pain of Friederike’s loss and in Ona’s pathological fear of touch Valerie sees reflections of herself. Valerie’s dark side, her secret night life, is a safe harbor where she can explore and express her sexuality. Closeness is dangerous—but Valerie has a choice …

Veronika did not cry. She let Friederike take off her knapsack. At first Friederike thought she hadn’t understood. But then she said:

“Conrad-Bärli prefers to be in Vienna. If Conrad doesn’t want to go along, the others will stay with him too.”

Friederike obtained a visitor’s pass so she could go aboard with Veronika. This way she could help her move into her compartment and stow her baggage. From the steward John, who was responsible for her cabin, they found out that more than a hundred children would be traveling on the Habanera, most of them in tourist class.

“You’ll have lots of company to play with,” the steward said.

Veronika was silent. She was afraid of children.

The cabins in the tourist class were located in the stern on the second and third decks. They provided space for two to four passengers. The steward led them to stateroom number 202, an expensive outside cabin on the second deck. For the luggage there was a small locker. A table, chairs, and a washbasin completed the furnishings. The décor was of dark brown wood with red upholstery, staid and joylessly somber. Friederike laid her hands on Veronika’s shoulders and turned her around to face her. “My little girl!” There was no more time to delay.

Those dark eyes looked alert and serious, wiser than a child of that age could ever be. Perhaps it was even good for her now to finally get to know other people, a new world. What she was leaving behind, that cramped existence in the nanny’s closet, motherless and fatherless, was easy to give up, easy to forget, Friederike thought. In three weeks, when she landed in Havana, a new life would begin.

“I’m not allowed to stay on the ship,” Friederike said. She lifted Veronika onto her bed, the upper berth next to the porthole. “I did not get a ticket.”

This wasn’t even a lie. The journalist Ernst Wolf had possessed no dependents. “Everyone will be very nice to you.”