A film based on the radio feature of the same name
http://www.susanneayoub.at/en/almas-kleiner-fotograf-radio/

Eldery Mr. Rietenauer lived amidst his memories. “Every nook and cranny in my apartment says hello to me,” he said. Seven of his ninety years were so extraordinary that they shaped the rest of his life. As a small, destitute boy at a Christmas party given by the Social Democrat Julius Tandler, he suddenly found himself face to face with a sophisticated society woman. He never forgot the look in her steel-blue eyes, her embrace, her fragrance. The woman’s name was Alma Mahler-Werfel. 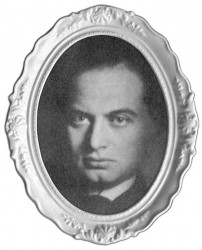 This trick of creation
is satantically clever.

She glows afterwards and looks at the clock.
Thus betrayal and nature never go out of stock.